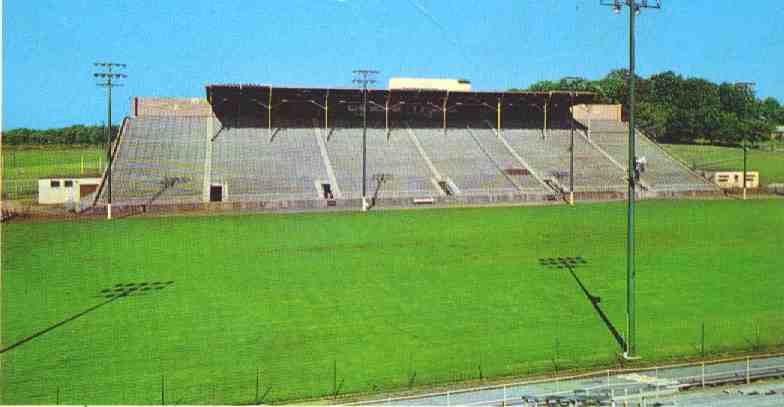 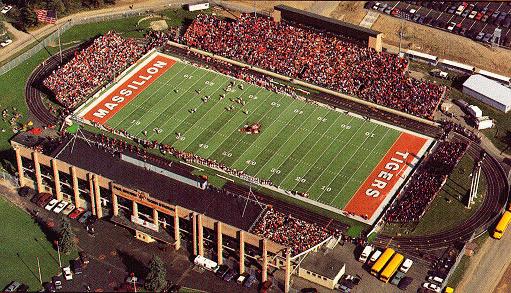 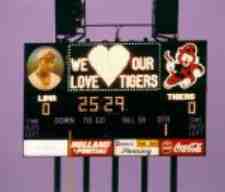 Construction on Tiger Stadium started in December of 1938 and was finished in September of 1939. The Stadium was dedicated on September 15, 1939 vs. Cleveland Cathedral Latin.

Right now the biggest project is the reface of the west side of Paul Brown Tiger Stadium. The project includes the new Walk-of-Fame and a Statue of Paul Brown to placed in front of the main entryway to the Stadium.

Also, new for 2005 will be a state of the art scoreboard and 4.3 trillion color video display. These projects is being done by donations given to the Massillon Tiger Football Booster Club. No school tax dollars are used in ANY of these projects.